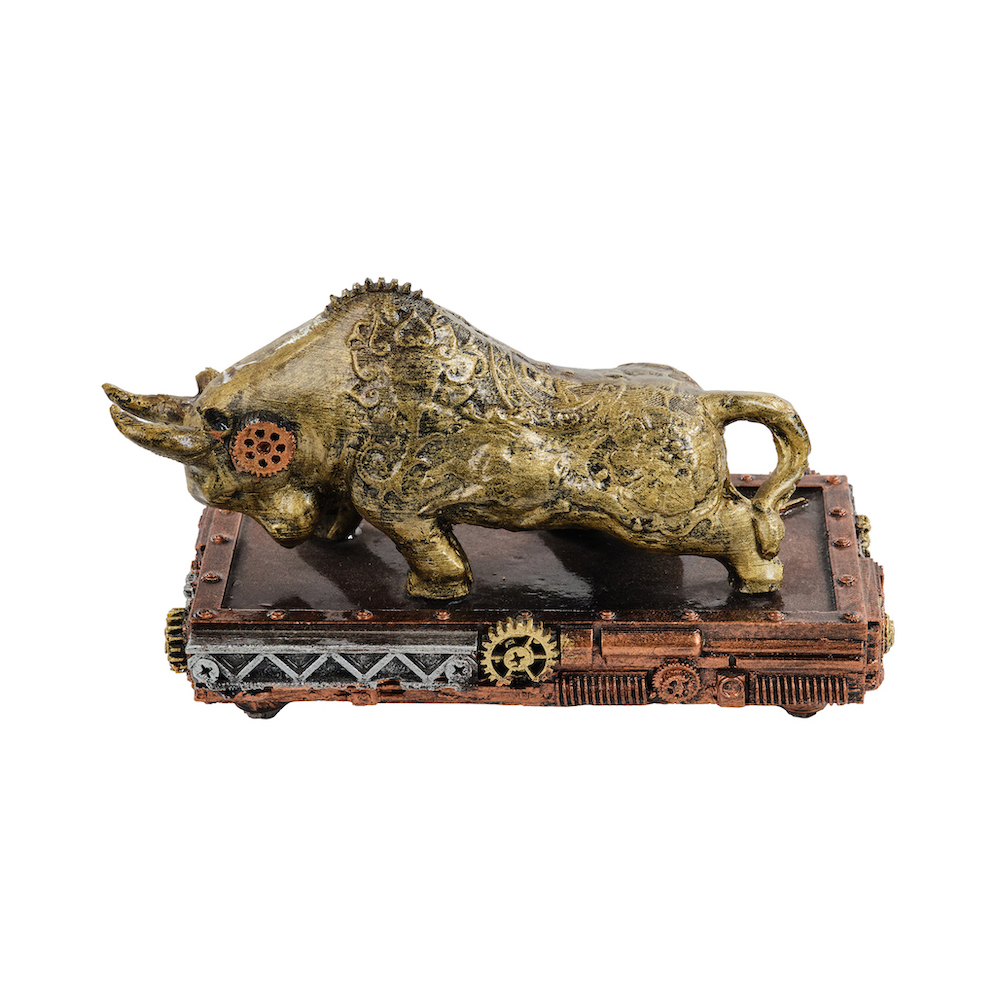 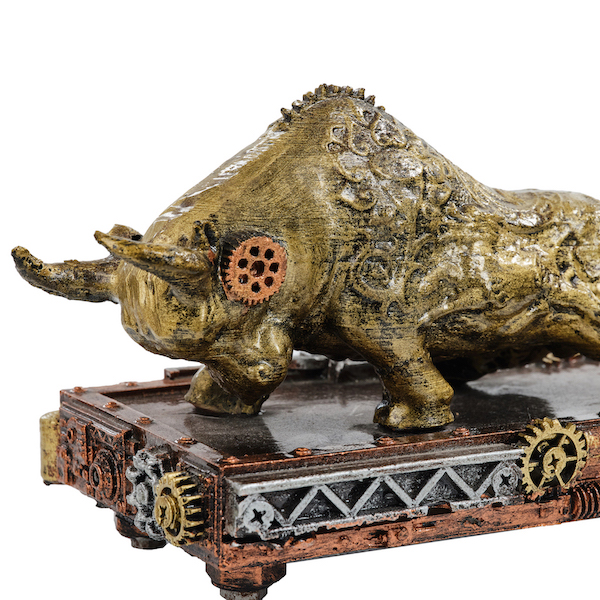 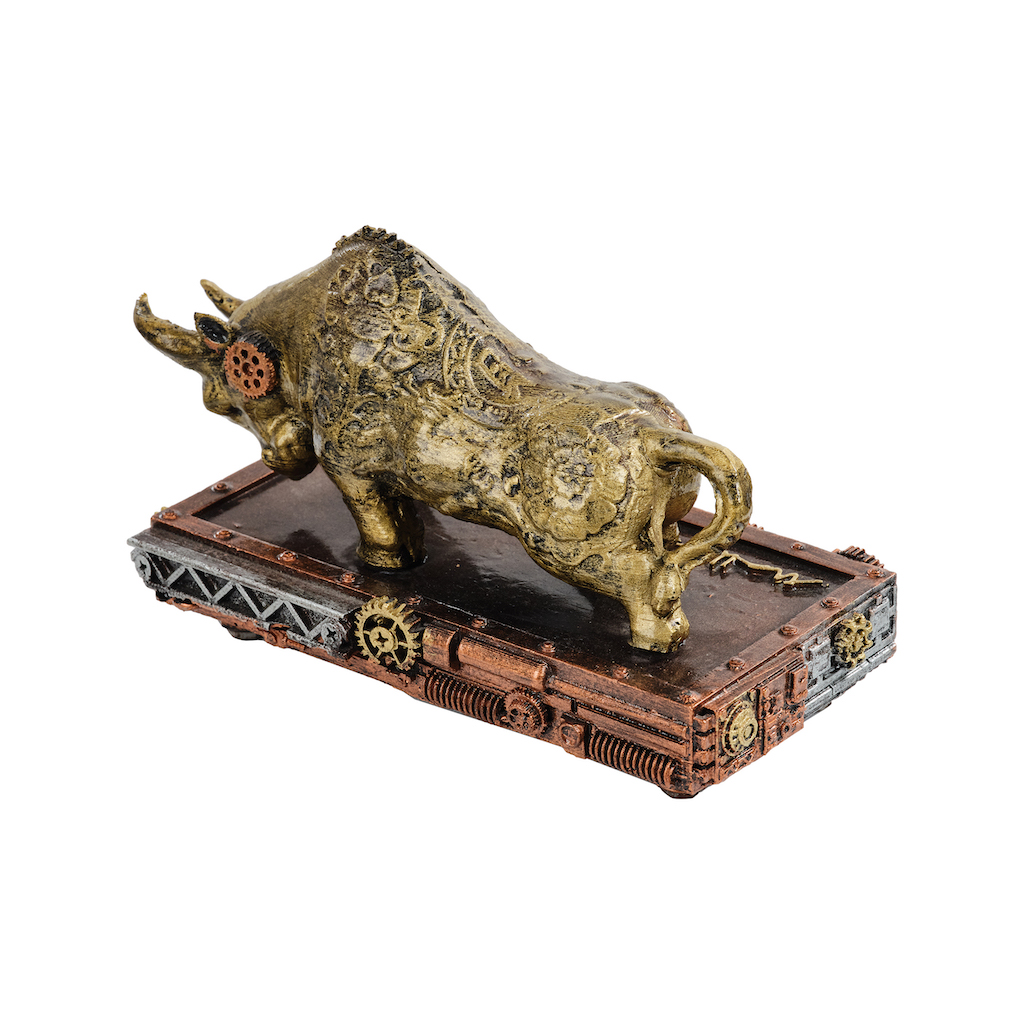 RAGING BULL by Ram Mallari An innovator in “reclaimed sculpture,” Ram Mallari has carved his space as one of the country’s fastest rising and most prolific sculptors. Borne into a family of metal smiths, the artist, who studied architecture and once worked as a draftsman based in the Middle East, is noted for his intricate metalwork, creating pieces fashioned from iron and metal parts, dismantled machinery, bolts, rods, industrial pipes, and copper wire. The result: retrofuturistic works that examine the current state of how we use technology—its alienating and empowering effects—and ecology. Mallari has mounted six one-man shows and countless group exhibitions. His work varies widely, from watchtowers to clocks, ships to steam and motor vehicles, reimagined animals to pop icons. Mallari’s commissions include a public installation in Nuvali, Laguna for the Ayala Museum, and a steampunk sculpture of the History Channel logo. For his achievements, Ram has been widely recognized by the local and international media, including Thompson Reuters, the Washington post, NBC News, and the BBC. 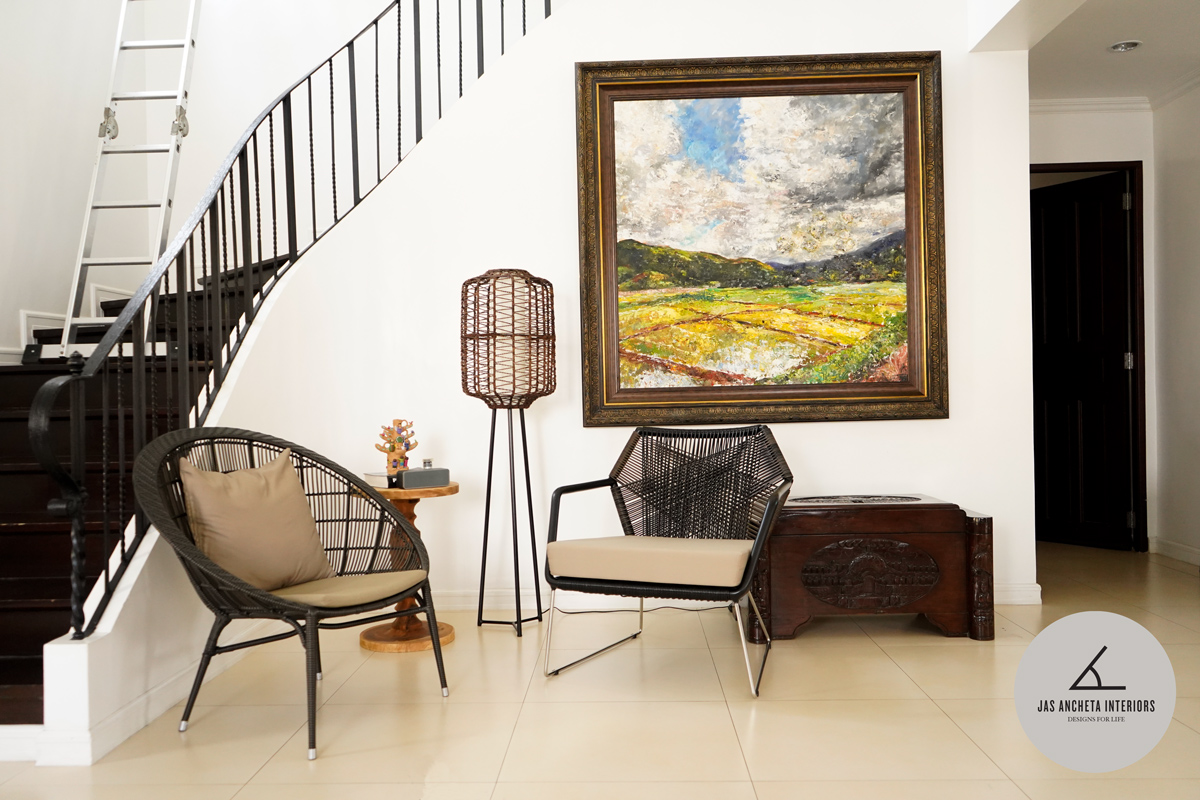