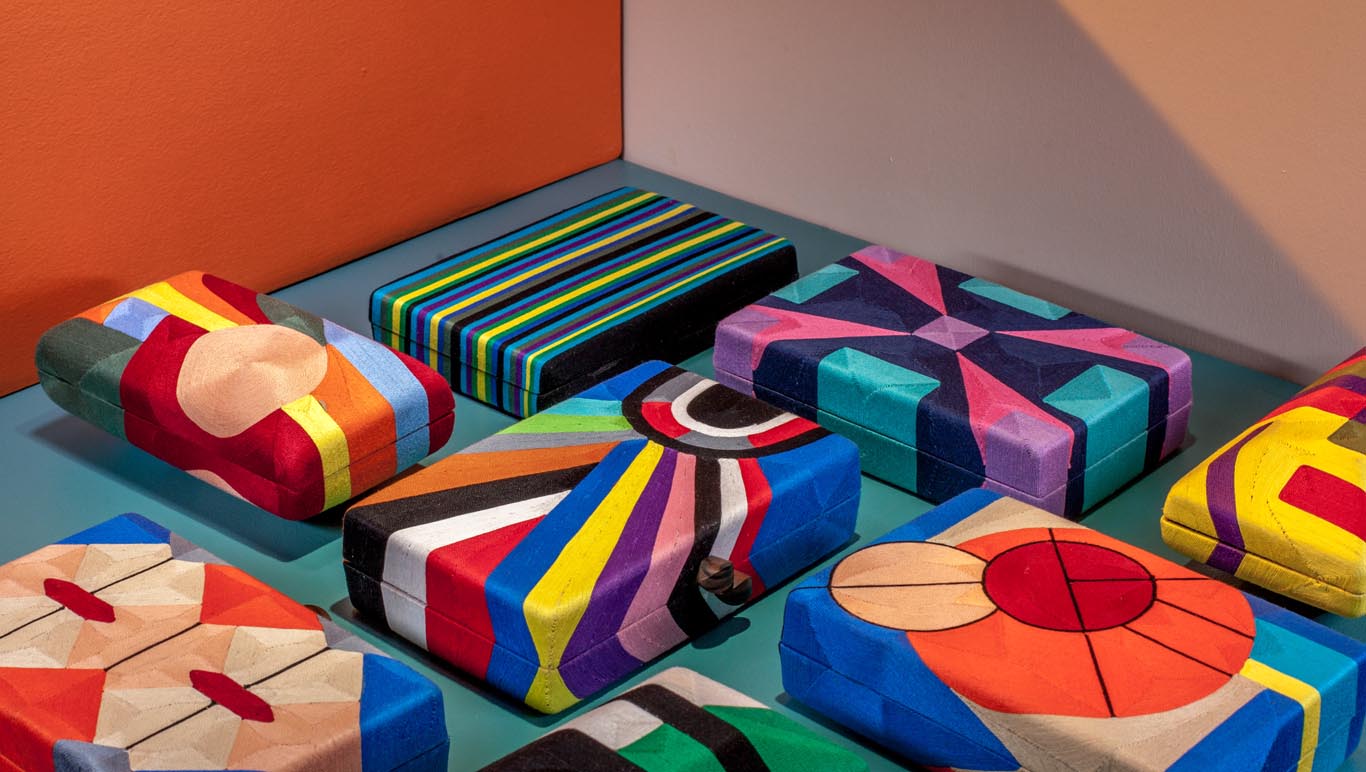 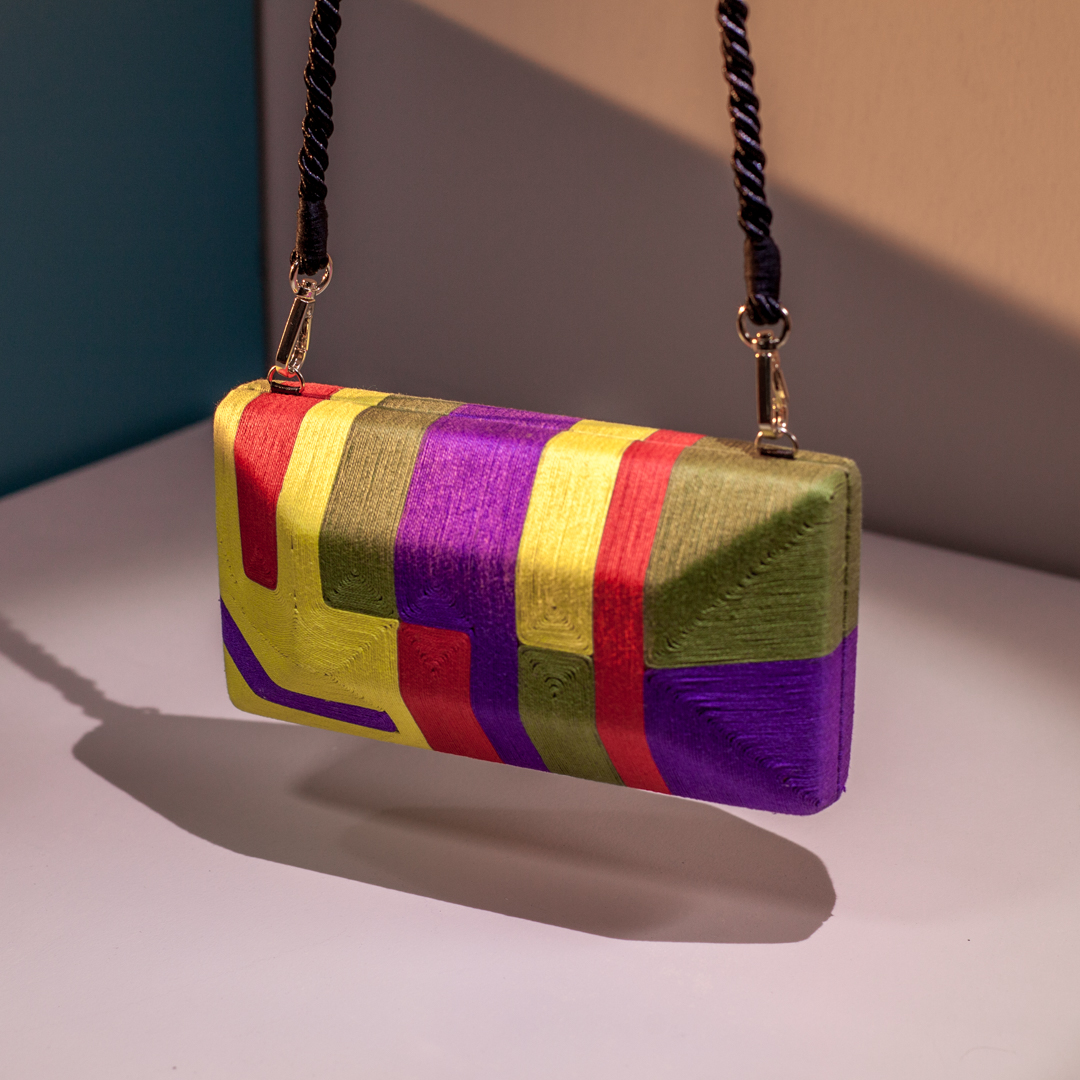 Inspired by the colorful heritage of traditional Filipino woven fabrics, Beatriz is a luxurious and modern brand that works closely with livelihood communities of women outside Metro Manila. Designer and owner Carissa Cruz Evangelista works with various artisans across the Philippines to produce accessories like clutches, bags and jewelry. Launched in high end boutiques in the Philippines in 2012, Beatriz now enjoys an international following.

Beatriz products are made using a special gluing technique that involves lining raw thread one by one to form the final pattern. Colored threads are glued onto a base to produce bright and brilliant graphic and geometric pattern combinations. Each flamboyant piece is hand-made, taking as much as two full days of painstaking workmanship to produce each item. No two pieces are exactly alike and imperfections are celebrated as a sign of true artisanship and handicraft. 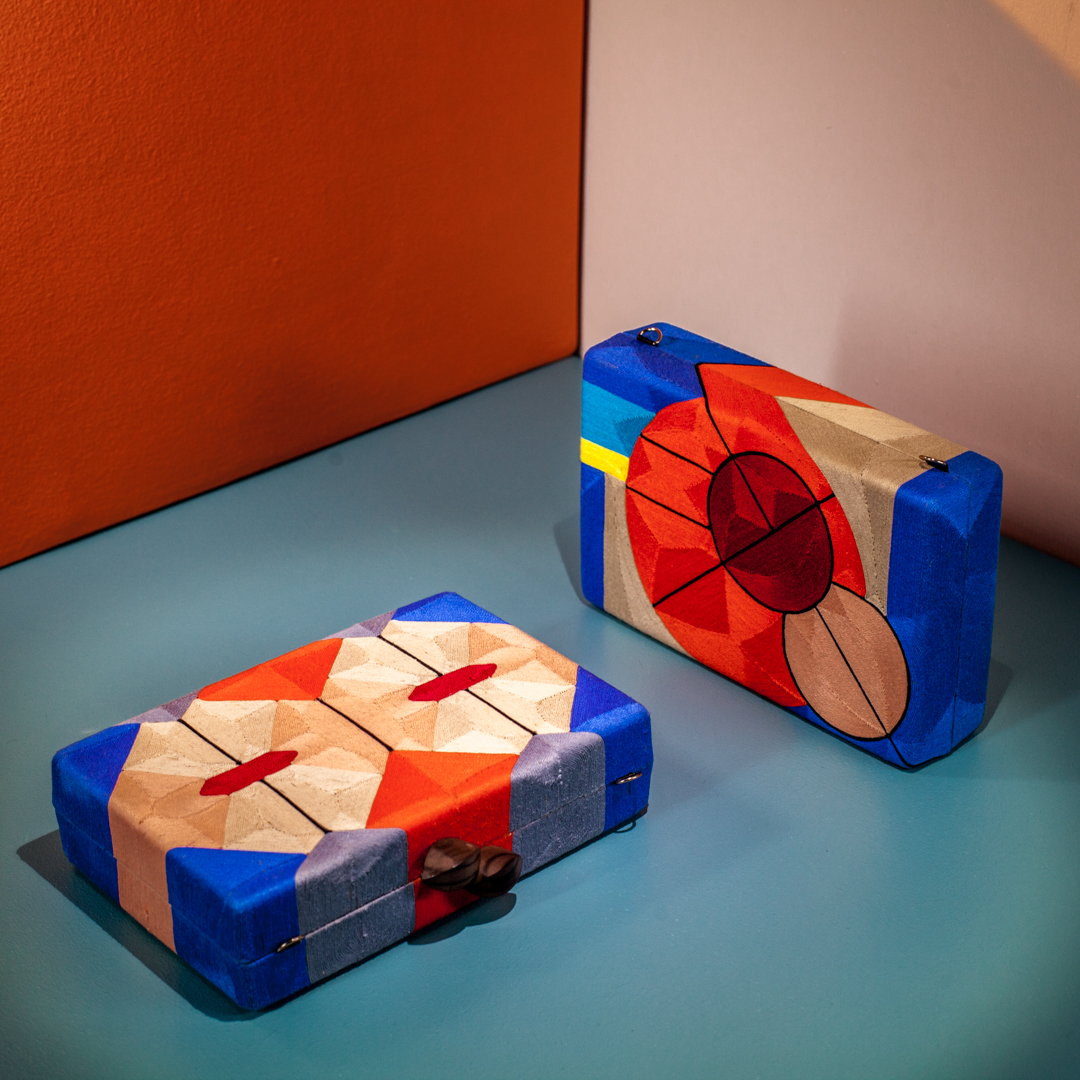 Beatriz has been mentioned and featured by celebrities, influencers, and numerous publications overseas. Oprah Winfrey included a clutch in her list of Favorite Things for 2016. In 2017, Japan Times named Beatriz as one of the best accessories to buy. US Weekly Magazine featured a Beatriz clutch in its May 2018 issue as a top summer accessory. Most recently, the brand participated in the Premiere Classe trade show held in Paris in September 2019.

This home-grown brand is available at the MoMA and Pompidou Museum Stores as well as in specialty boutiques in Monaco, Beirut, Istanbul, London, New York, Beverly Hills, Texas, Paris, Tokyo, and in several department stores in the United States.

All Products from BEATRIZ ACCESSORIES

You have submitted your request to connect with the exhibitor. Please make sure to check the email address that you entered to receive updates on the request. Thank you!?

If you need further assistance, please do not hesitate to contact us at @manilafamebuyers@citem.com.ph.